Tony Lema was known as “Champagne Tony” since he had promised the press bubbly prior to the final round of the first tournament he won in 1962. The traditional continued and included his greatest victory in the 1964 Open at St Andrews.

Tony Lema was known as “Champagne Tony” since he had promised the press bubbly prior to the final round of the first tournament he won in 1962. The traditional continued and included his greatest victory in The Open at St Andrews in 1964.

It was his debut in The Open and he had never previously played links golf or visited Britain. He had learned the game as a caddie in San Francisco but served as a US Marine in Korea before turning professional.

It took seven years for him to win for the first time but in 1964 he had won four times, including three times in the previous four weeks, when he arrived in Scotland. Arnold Palmer had not made the trip so suggested Lema use his regular Open caddie, Tip Anderson. It was the perfect partnership. 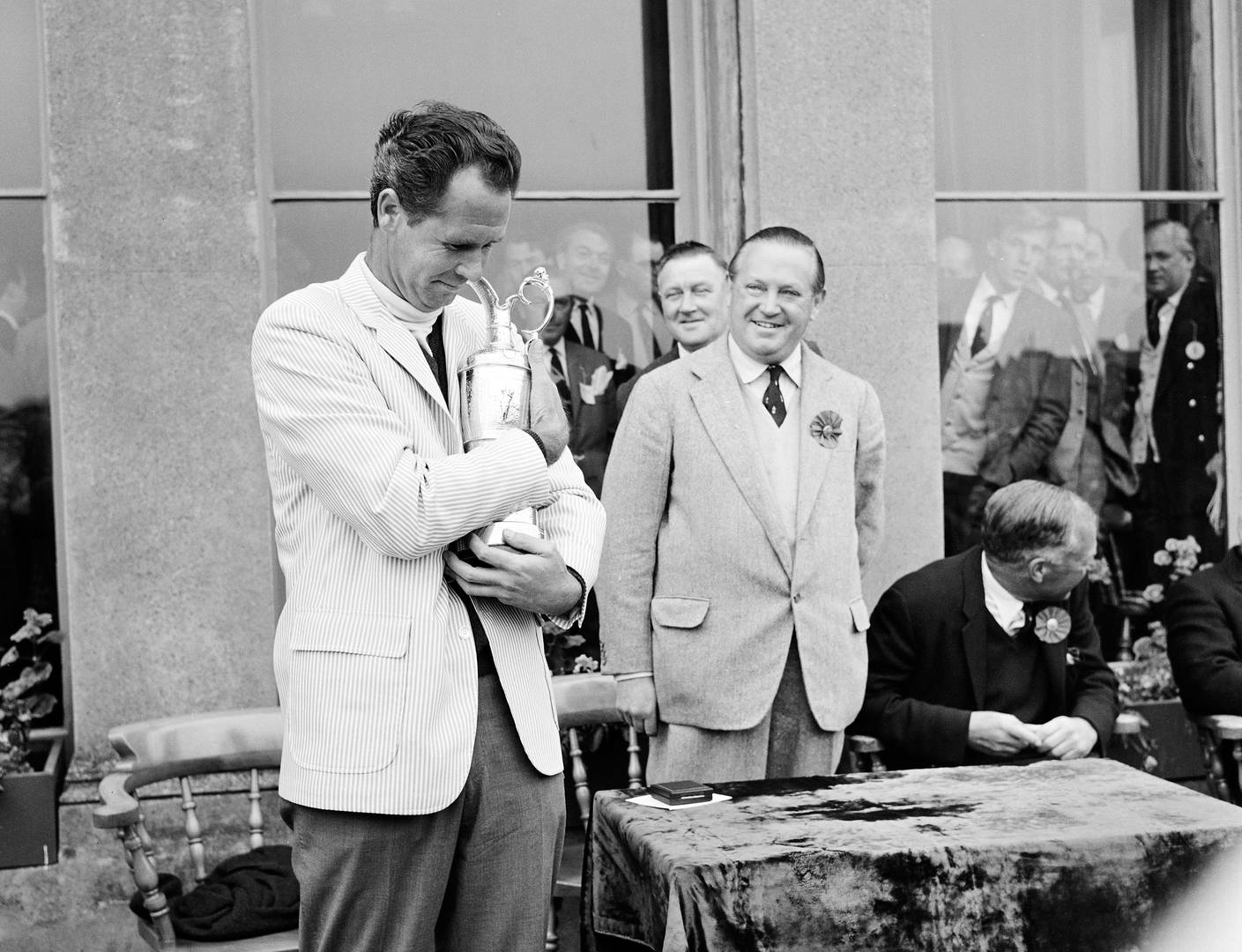 Lema had only arrived 36 hours before The Open and played only nine holes in practice. He followed exactly his instructions from Anderson as to clubbing and line but also showed an instant feel for the game along the ground, not least when playing the perfect chip-and-run through the Valley of Sin to three feet for a birdie at the 72nd hole.

He won by five strokes from Jack Nicklaus and by six from Roberto de Vicenzo. He was fifth on his defence of the title a year later while he featured in one of the great matches at the 1965 World Match Play at Wentworth when he led Gary Player 7up after 19 holes before losing at the 37th hole.

A tall, handsome man, he had an elegant swing and got on with everyone. Tragedy struck in 1966 when his private jet ran out of fuel and crashed landed on a golf course in Lansing, near Chicago. All on board died, including Lema and his wife Betty. He was only 32.