Quite simply an all-time great, Woods is a three-time Open Champion whose tally of 15 major wins is bettered only by Jack Nicklaus (18) in the men's game.

"You can have so many different weather conditions. That's just one of the unique things about The Open and why it's my favourite Major Championship." Tiger woods

Back in the mix, Tiger led The 147th Open through 9 holes on Sunday

Makings of a Champion Golfer

From a very young age Tiger Woods played to win. A burning desire to be the best and beat the game of golf drove him to become one of the most successful golfers of all time. Tiger would go on to lift the Claret Jug 3 times.

Makings of a Champion Golfer

tiger at the OPEN in pictures

Tiger Woods - five of the best

Quite simply an all-time great, Woods is a three-time Open Champion whose tally of 15 major wins is bettered only by Jack Nicklaus (18) in the men's game. 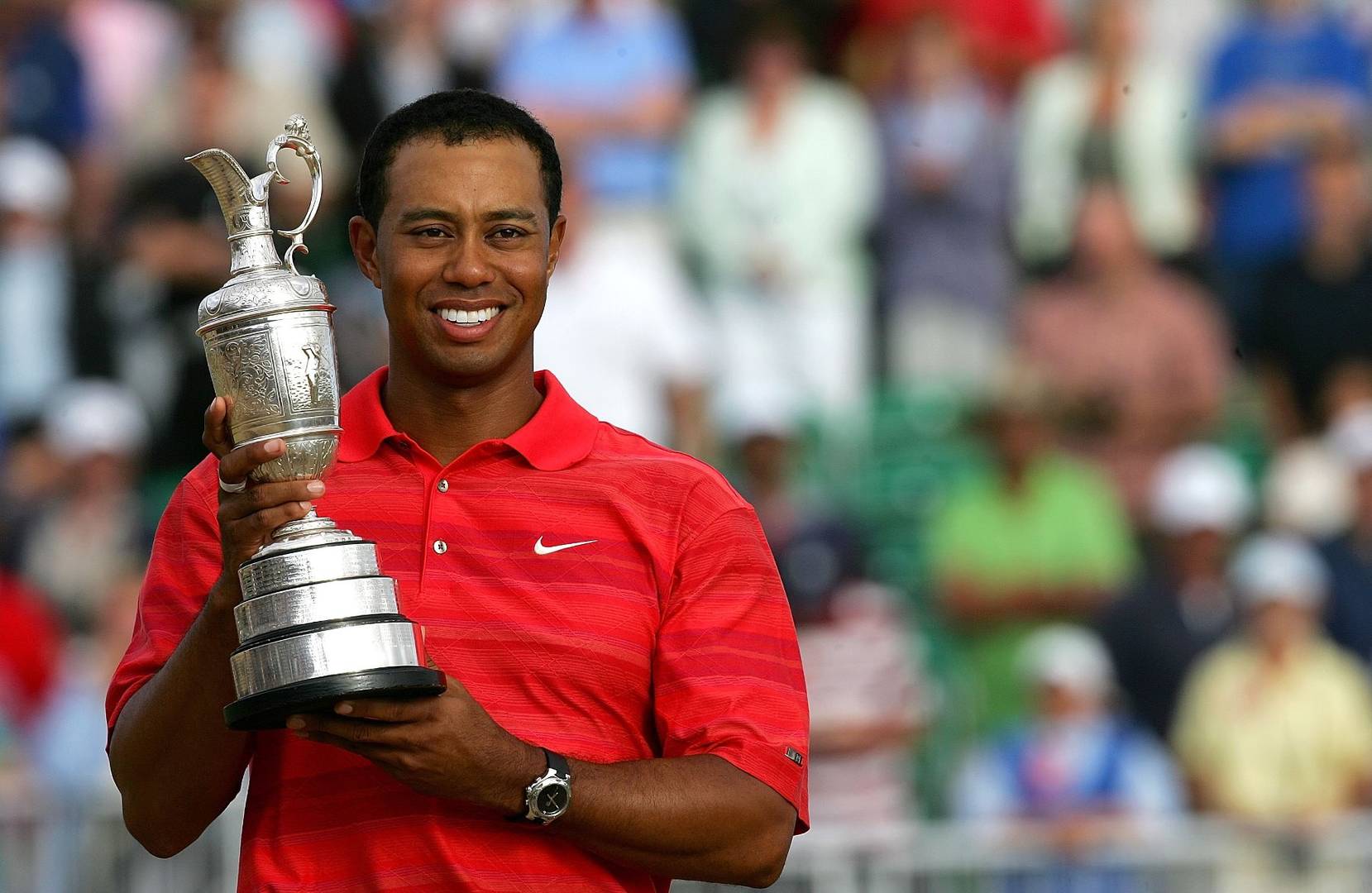 He is the only man to hold all four majors at the same time. In 2000 Woods won the U.S. Open by a scarcely believable 15 strokes and The Open by eight with a then record 19 under par at St Andrews, before adding the PGA Championship in a play-off and completing his clean sweep at the following year's Masters.

After four back operations and a slump down the world rankings to 1,199th, he led with eight holes to go at Carnoustie in 2018 and then achieved his 80th PGA Tour title at the Tour Championship, followed a week later by his first Ryder Cup appearance since 2012. Sensationally, he then won the 2019 Masters to claim his 15th major title 11 years after his previous win at the 2008 U.S. Open.

In October 2019 Woods equalled Sam Snead’s record of 82 PGA Tour wins when he triumphed in the ZOZO Championship in Japan, which in turn led to him picking himself for the Presidents Cup. He was unbeaten as playing-captain.

His first major, the 1997 Masters, was achieved by a record 12 shots when he was only 21, while he has twice won The Open at St Andrews and once at Royal Liverpool, as well as claiming a record 18 World Golf Championships.

Woods suffered serious leg injuries in a car crash in February 2021, preventing him from playing a main tour event for the rest of the year. However, he made a remarkable and much-celebrated return to competitive action in April's Masters, where he was amazingly only four shots off the lead after his opening-round 71.