South Africa
Gary Player practised harder, travelled further and was more meticulous about his diet and fitness than any other golfer of his generation.

Player is Champion Golfer in 1959

Gary Player captured his first Claret Jug at Muirfield, announcing himself on the world golfing stage, at just 23 year old.

mr player at the open in pictures

Champion Golfer for a third time

Mr Player cemented his place as an Open great, becoming Champion Golfer of the Year for the third time at Royal Lythm & St Annes.

Champion Golfer for a third time

Gary Player practised harder, travelled further and was more meticulous about his diet and fitness than any other golfer of his generation.

He started playing golf aged 14 and turned professional three years later, embarking on a career that required him to spend weeks and weeks of every year away from his home in South Africa. And his undying enthusiasm led him to win over 160 tournaments over six decades and play in 46 Opens and 52 Masters, both records.

He was little regarded on his first appearances in Britain but finished fourth on his Open debut in 1956 and soon his short game, particularly his wonderful bunker play, and his tenacity – he had read Norman Vincent Peale’s The Power of Positive Thinking – demonstrated that he was indeed a Champion. 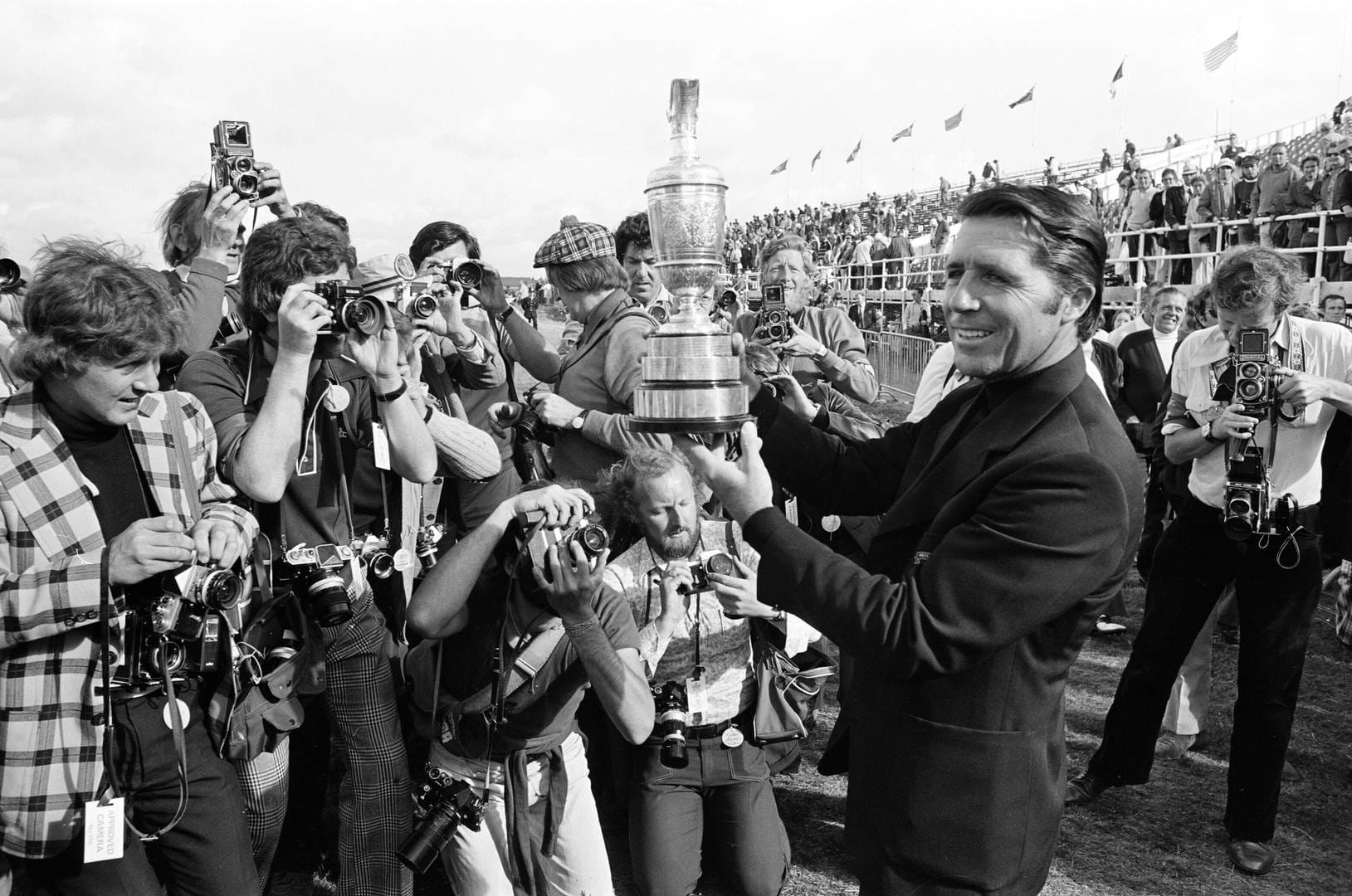 He won the first of three Claret Jugs in 1959 at Muirfield, rallying from eight behind going into the last two rounds on the final day. A closing 68 included a double bogey at the last with which he thought his chance had gone but he won by two strokes.

In 1968 at Carnoustie he hit a superb 3-wood into the wind to two feet for an eagle at the 14th to claim a second victory and at Royal Lytham in 1974 he won by three strokes from Peter Oosterhuis. He won three Masters, doing the Masters-Open double in 1974, two PGA Championships and became only the third player to achieve a career Grand Slam by winning the 1965 US Open.

Only Jack Nicklaus, Tiger Woods and Walter Hagen have won more than his nine major titles. He has set up schools in South Africa and, thanks to a love of horses, ran an acclaimed stud farm. He is reputed to have travelled more than 15 million miles in his career.