Northern Ireland
Clarke returns to the scene of his emotional victory in 2011 when, aged 42, he became the oldest player to lift the Claret Jug since Roberto de Vicenzo in 1967.

In 2011 at Royal St George's the Northern Irishman fulfilled his boyhood dream of becoming Champion Golfer of the Year.

Clarke returns to the scene of his emotional victory in 2011 when, aged 42, he became the oldest player to lift the Claret Jug since Roberto de Vicenzo in 1967. 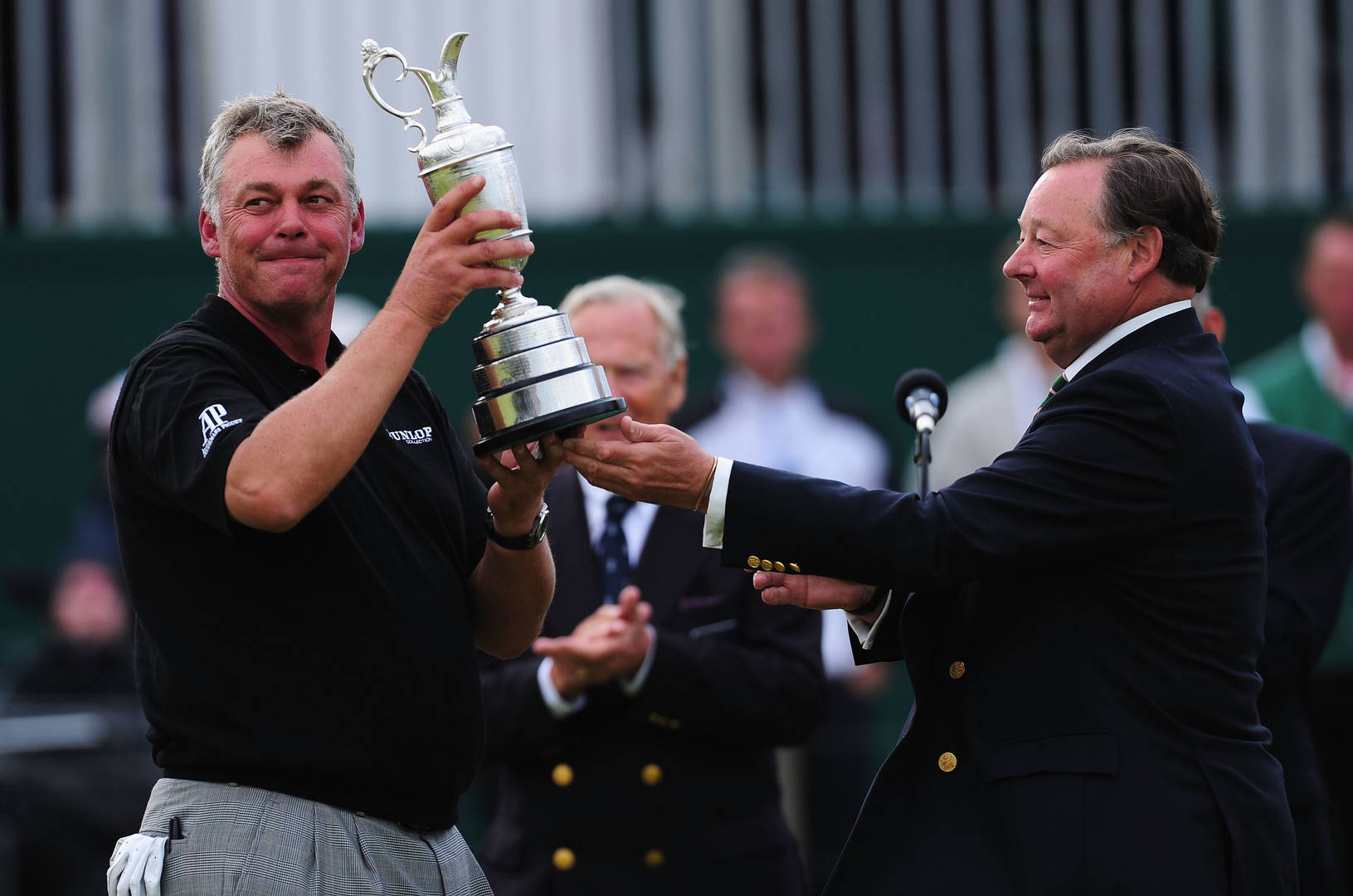 In his 20th appearance at The Open, he defeated Phil Mickelson and Dustin Johnson by three strokes. He had previously finished joint runner-up to Justin Leonard at Royal Troon in 1997 and tied third when David Duval won at Royal Lytham and St Annes in 2001.

A distinguished career, rewarded in 2012 with an OBE, also includes two World Golf Championship wins, the 2000 Andersen-Consulting Match Play seeing him beat Tiger Woods in the final, top-10 finishes in the other three major championships and 14 victories on the European Tour, where he is the only player to have had two rounds of 60.

Clarke, who hit the opening tee shot when The Open returned to Northern Ireland in 2019, has also enjoyed considerable success in the Ryder Cup, most memorably when he delivered a remarkable unbeaten display at The K Club in Ireland just six weeks after his first wife Heather died of breast cancer.

After five Ryder Cup caps as a player, four of them wins, he twice served as an assistant captain before leading Europe at Hazeltine in 2016.