Although his sole Open victory at Muirfield in 1935 came against largely home opposition in an era when few overseas players were competing, Perry’s score of 283 matched the lowest record at that time which had been set by Gene Sarazen and Henry Cotton.

Although his sole Open victory at Muirfield in 1935 came against largely home opposition in an era when few overseas players were competing, Alf Perry’s score of 283 matched the lowest Championship record at that time which had been set by Gene Sarazen and Henry Cotton.

And it was not beaten at Muirfield until Jack Nicklaus in 1966. Curiously, as of Phil Mickelson’s victory in 2013, Perry remains the only Champion Golfer of the Year at Muirfield who is not a multiple major winner.

A week after his victory, Fred Perry won the final at Wimbledon for the second of three successive victories so he was not even the most famous Perry in the country but his victory was deserved and convincing. 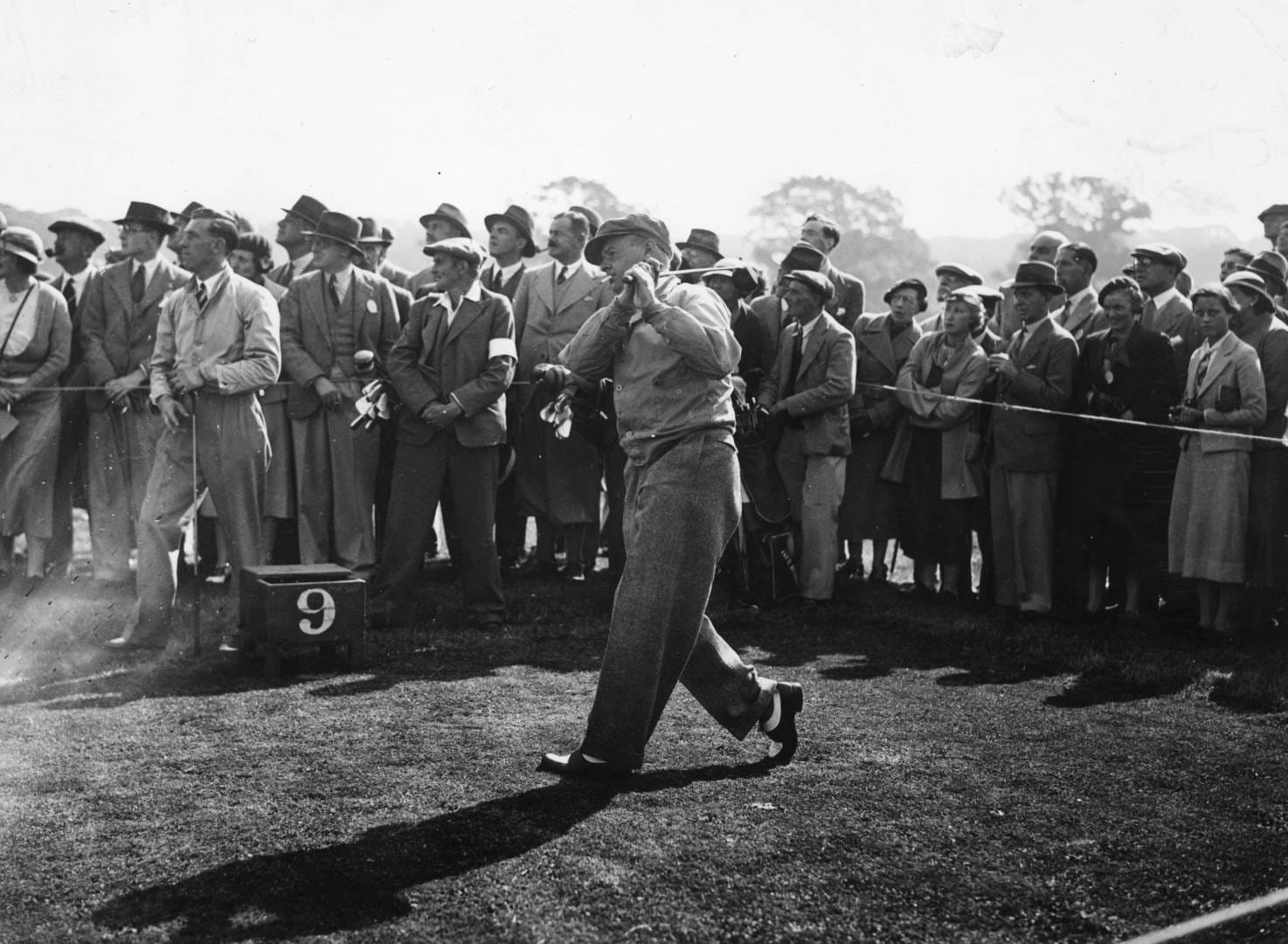 He equalled Walter Hagen’s course record of 67 in the third round and, undisturbed by a 6 to start the last round, won by four from Alf Padgham, who was to succeed him as Champion the following year at Royal Liverpool.

Perry had a relaxed, easy-going manner on the course, selecting the club he needed as he approached the ball and wasting little time over the shot. He had a highly unorthodox grip with the right hand well under the shaft and stood a long way from the ball but writer Bernard Darwin said: “He wallops the ball with a gorgeous and whole-hearted confidence.”

Four years after his Muirfield triumph he tied for third place behind Richard Burton at St Andrews in the last Championship before WWII, dropping back from the leaders with a final round of 76. He was three times a member of the Ryder Cup team in 1933, 1935 and 1937.

He was the pro at Leatherhead when he won his Open title and he stayed with the club until two years before he died in 1974.