Gene Sarazen was christened Eugenio Saraceni, the son of an Italian carpenter in New York. He almost died of pneumonia and doctors recommended an outdoors lifestyle so he took up golf – he finally died of the same illness aged 97.

Gene Sarazen was christened Eugenio Saraceni, the son of an Italian carpenter in New York. He almost died of pneumonia and doctors recommended an outdoors lifestyle so he took up golf – he finally died of the same illness aged 97.

He changed his name aged 17 because he did not want to sound like a violinist. As a 20-year-old he burst into the limelight by winning the US Open and the PGA Championship in 1922, winning the latter again the following year. His ambition then was to win The Open.

His first attempt failed in 1923 at Troon when he did not even qualify. He was second in 1928 and third in 1931 before winning the only Open ever staged at Prince’s, next door to Royal St George’s in Sandwich. He was helped by having invented the sand wedge the previous year and by his old caddie from the 1928 Open, “Skip” Daniels. 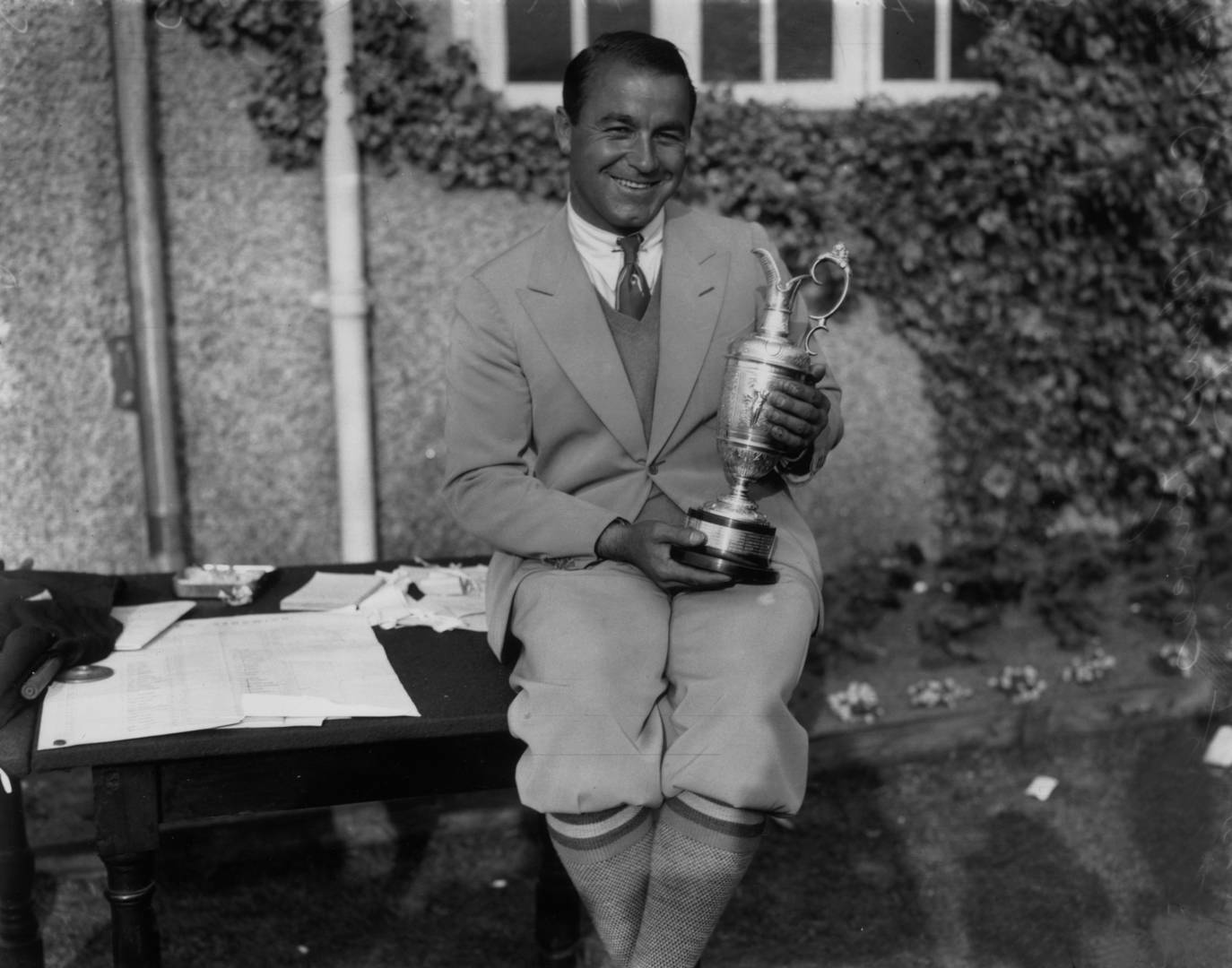 Sarazen almost did not use him due to the caddie’s frailty and when Daniels died months later, he said: “When old Dan died the world was poorer by one Champion.” Sarazen set a new Open record of 283 and led outright after every round, winning by five strokes from Macdonald Smith.

He was the fourth player to win all three of the majors but became the first to win all four when he claimed the second Masters in 1934. He hit the “shot heard round the world” when he holed a 4-wood shot over the pond at the 15th for an albatross.

The miracle shot helped him tie Craig Wood and he then won the play-off. As a 71-year-old at the 1973 Open at Troon, he holed in one at the Postage Stamp, the eighth, and holed from a bunker for a 2 the next day.